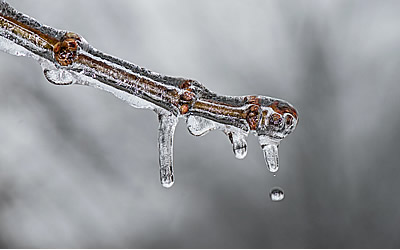 I often find myself working with people and organizations in moments of transition. I have read academic examinations of the subject, but recently I picked up William Bridges’s more popular-style Transitions: Making Sense of Life’s Changes. 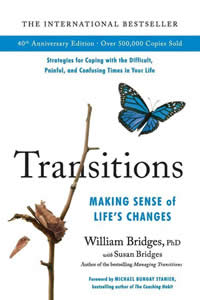 Though written from the vantage point of an individual’s personal and work-life transitions, I found I could extrapolate it easily to groups and organizations, and even to systems. Bridges’s conception of transition is simple. All transitions have three phases: an ending, a neutral zone, and a new beginning. This start-with-an-ending idea quickly made sense. Transitions “begin with letting go of something you have believed or assumed, some way you’ve always been or seen yourself, some outlook on the world or attitude toward others.” If we do not let go, he argues, it is not possible to reflect, to absorb lessons, to seek renewal, to develop.

The second phase of transition, the neutral zone, involves making a place for emptiness and doubt. For Bridges, the act of making space stimulates passive reflection. We may begin to see the past in new ways, come to see the future differently, regenerate purpose.

In other times and places there were life-passage rituals, which often included physical isolation that forced a reckoning with emptiness. Now, we try to skip over the difficulty of facing openness and doubt, so essential to the neutral zone phase. We imagine that we are, as Bridges puts it, “appliances that can be unplugged and plugged in again at will, or cars that stop and start with the twist of a key. We have forgotten the importance of fallow time and winter and rests in music.”

Bridges offers no step-by-step recipe for the last phase, new beginnings. They are inherently messy and often disruptive and painful. (I can see many nodding heads out there…) There typically remains work to “understand what it is within us that undermines our resolve and casts doubt on our plans.” 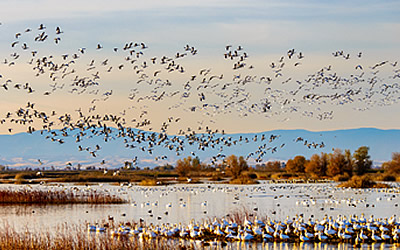 Drew Lanham fell in love with birds while roaming the fields and woods of The Home Place, the family property in Edgefield County, South Carolina. Now Alumni Distinguished Professor of Wildlife Ecology at Clemson University, he is an accomplished scientist, essayist, and poet. Lanham is black. He has had to struggle against obtuse aggression, systemic disadvantage, and outright racism. Rooted as it is in his unbridled passion for nature and birds, his voice has sustained notes of care and hope. To be sure, they are intertwined with anger and offense, but the melody in his works and talks is rich, varied, inviting. Such melody I heard back in January during his talk entitled, “Envisioning Convergence of the Environmental and Social Justice Movements.”

Nature conservation has come late to racial justice. Even as awareness and furtive action began to build over the past decade, and despite some markers of progress, from my vantage point, on the whole, the work of integration has been tentative, insufficient. It has been met often with rage and acrimony, both latent and overt, which amplify tentativeness and instincts to withdraw.

To this work Drew Lanham has brought his passion and imagination. A year ago he published “A Convergent Imagining,” a fictitious exchange of letters between Martin Luther King, Jr. and Rachel Carson. The essay ventures a deeply caring and insightful question that applies not only to the 1960s, but to today, “What if?” What if these two great parallel social forces had converged? What if they were to?

Lanham explains that convergence in nature – “a mixed flight of neotropical migrants…individuals of many species loosely linked but on the same path” – produces strength. Extrapolating, he argues that convergent social movements gain in power. The pairing of movements seems natural to Lanham. As he has King reflect, “Thinking on it, I find it hard to see how one can love the earth but not fellow human beings. And also, it seems incongruous that one could love humanity and exact sins of degradation against nature.”

For his January talk, Lanham had penned another imagined exchange of letters, this between Henry David Thoreau and John James Audubon. In contrast to his first “imagining,” this one boils with pain and outrage. Thoreau the abolitionist lambasts Audubon for his pro-slavery views and actions. Audubon castigates Thoreau’s sanctimony and his naivete to the “truths” of white racial superiority and its responsibilities.

Among the heartfelt, probing questions that followed his Zoom talk, one person noted the Audubon print displayed one of the shelves of Lanham’s cabin, and wondered why he had not removed it. Lanham explained that he kept the print because it was beautiful and portrayed one of his favorite birds, and also because it was a regular reminder of Audubon’s racism, a portrait, in essence, of the whole man. He argued that if we do not live in the presence of complex and disturbing history, if we try to hide or erase it, we are much more likely to lose its lessons and even to relive it. 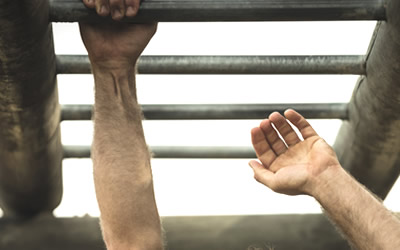 “Anything that one man can imagine, other men can make real,” the writer Jules Verne once wrote. And so perhaps this convergence Lanham imagines can be made real (and not just by men…). In looking across a movement I have worked with and cared deeply about for a quarter century, I sense still a hesitation. On the surface there are earnest words and some concrete steps, but beneath this, currents of resistance seem to me still to flow.

Every transition begins with an ending, Bridges tells us. And every ending involves letting go. Without letting go, he explains, there is no progress through the process, no development.

But an injunction to “let go” can trigger anxieties, for nature conservationists, worries that it means letting go of preserving land, protecting wildlife, healing nature. Even more deeply, fears may erupt that letting go will, in Bridges’s words, “destroy the old ways that we have learned to equate to who we are and what we need.”

I wonder if it might be more accurate, and more helpful, to think of this necessary act as a loosening instead of a release. Rarely does one thing vanish and another appear. Rather, things act upon one another, evolving, adapting, sometimes fusing. “Loosening” recognizes what is while facilitating the flow, the exchange, natural to all life’s processes.

It also recognizes that there is no putting things back to the way they were. This can be difficult to come to terms with, both consciously and subconsciously. Yet, the way forward is to make space to loosen our grip, allow for a diffusion of old and new, and slowly reintegrate.

Our learning more about racists such as Audubon, Muir, and others forges a new present that transforms our understanding of the past. As Bridges points out, this shift in consciousness in turn makes plans for a new future possible.

Lanham argues that there is greater power in convergence. He reminds us that the are no rewind buttons. And at a basic level, thank goodness for that. 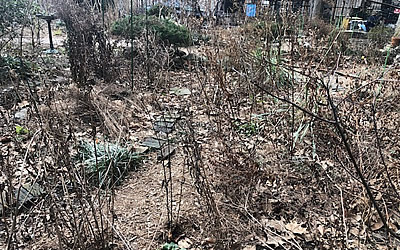 Like many ordinary gardeners, especially those of us who grew up in suburbia, Douglas Tallamy hit me like a freight train. I emerged a changed man from Bringing Nature Home, his book on the interplay of native plants and pollinators and what you can do to help in your own backyard. Where I had gazed pleasantly on green yards dabbled with colorful flowers, I now saw a wasteland.

Bringing Nature Home fitted me with a new prescription, and now everything looked different. I immediately set to work in the community garden I had joined recently, redesigning the major bed in the sunny southeast corner for native plants that would provide for pollinators in spring and summer. Out went begonias and snapdragons and in went blue false indigo, hoary vervain, swamp milkweed, and mountain mint. I charted plans for a new bed in the north-central area of the garden that would offer fall feasts for bumble bees, drone files, and wasps. Across these spaces, the transformation of insect life was rapid and remarkable.

I began to preach, possessed by the necessity, the urgency, The Truth, of native plants. Opportunistically, I showed my fellow gardeners the connections between the new plants and the bees, explaining the advantages for wildlife. I gave copies of Tallamy’s book to a few of them, jabbering on like a missionary on a doorstep. For me the implication was self-evident. Going forward, why plant anything else? How could you?

Time taught me otherwise. Preaching, I failed to listen. What was there to hear, anyway? A fair bit, as it turned out. Many people had their own way of looking at things. One long-timer loved any plant with red flowers. Another had a passion for roses. Several felt that the seasonal blooming of native plants left large parts of the garden bare for much of the year. They wanted color everywhere all the time.

Belatedly, roughly, it dawned on me that not everyone put nature first. Not in the way I did, anyway. I also could see that as we all cared for the garden more people from the community were drawn to it, more people put work in, and we had more support, more strength. Dozens of people attended events that had once drawn barely a handful.

As I came to terms with my ending, struggled in the empty space that followed it, I understood that I had failed to appreciate the fullness of who the garden belonged to. It was always the community’s. A wider set of perceptions and truths always undergirded its ownership, and there was no prospect of meaningfully reworking that infrastructure of perspective without engaging it with respect, regard, and a minimum of preconditions.

I walk through the garden formulating spring plans. They are scaled back now, though no less purposeful. It is a cold February morning. I notice a goldfinch hopping amidst oxeye brush, snacking on seeds. Indeed, all across the garden, brown stalks remain, be they milkweed or mums, having yielded seed and afforded shelter through the barren months. A jumble of leaf litter lines the beds, fueling the soil, insulating the ground-nesters. Something in the knowledge of these needs touched the community and it restrained its traditional impulse to deadhead to the ground by Thanksgiving, to sweep the beds clean of all untidy debris.

Subtly the community is woven. It grows, it shifts, through its imperfect convergence. Always imperfect, no? But something basic is better, yes?