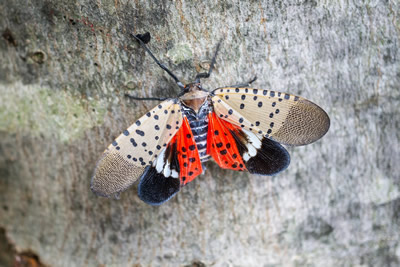 “Fascinating little moth. It has red underneath its wings!” Insects delight my son and he texted me this photo while we were out of town recently. I too was captivated by it. And then we learned more… Lycorma delicatula, the Spotted Lanternfly. Arriving in the mid-Atlantic in 2014, it’s a nasty invasive pest that poses a major threat to a number of important crops, including apples and grapes, plant nurseries, commercial timber, and other trees, including maples, black walnut, birch and willow. (As a New Yorker, the New York state wine and apple industries leapt to mind. OK, maybe New York state wines don’t quite leap to the fore…)

State departments of agriculture have set up hotlines for people to call when they see them. The Pennsylvania Department of Agriculture’s (PDA) can be reached at 1-888-4BADFLY. The economic threat is so grave these usually staid bureaucracies have resorted to unusually colorful and direct messages to the public. The PDA tells people who see one to, “Kill it! Squash it, smash it… just get rid of it.”

My son saw the bug on the sidewalk on Broadway between 112th and 113th streets, of all places. As we learned more, I alerted a man who volunteers with me in the local community garden. His passion is an enormous grape vine that sprawls all along the back fence and wall of the garden. We’ll all keep an eye out for SLFs.

Conservationists have battled invasive species for decades. Given their often startling capacities for reproduction and survival, the war on invasives has been more lost than won. This poses a maddeningly unresolvable dilemma. On the one hand, we may waste scarce resources trying to contain something that ultimately cannot be wholly contained. On the other, given our passions, and the economic stakes, the consequences of doing nothing are too painful to consider. So we sometimes salve ourselves by trying. 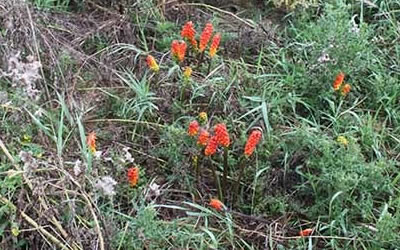 I understand. One day, while weeding an area I hoped to turn into a native plant “meadow,” a column of orange berries poking through the low brush caught my attention. It arose from a collection of green-and-white-leafed plants, and, impulsively, I began to rip armfuls of them from the ground. Well into this frenzy, I became aware that I wasn’t getting any roots… Unfortunately, I did not know that I was dealing with Italian Arum (Arum italicum).

An eventual internet search produced panic. The plant spreads rapidly by spawning lots of little tubers deep underground. My reckless weeding had been effective only in accelerating this process. As these facts began to deflate my meadow-dream, I weighed the choices: mobilize for what likely would be a futile fight, or just accept the realities and work elsewhere. I decided to fight.

To control the weed, the Washington State Noxious Weed Control Board advises “carefully digging around the stem, all the way down to the tuber, removing the tuber and daughter tubers, and disposing the tubers in a sealed bag in the garbage.” And that is what we did. My son and I spent hour after hour on fall weekends carefully digging out the rogue plants, following the stems down as much as 12 and 18 inches to remove the tubers, and often finding sprouting siblings deep in the ground. We sifted through hundreds of shovelfuls of soil, meticulously picking out the little pea-sized offspring. Gradually, their numbers dropped off and we wound down our work. 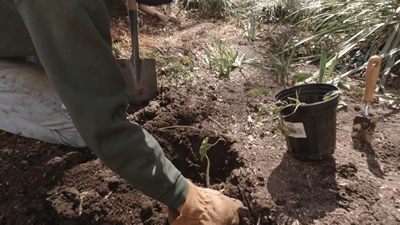 Strategy Wisdom in Principle and Practice 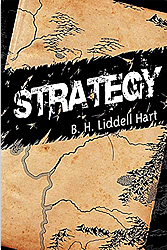 I will digress, but not for too long.

When I reflect on questions of strategy, I turn not to some frequent contributor to Harvard Business Review, but to Liddell Hart. Hart was a captain in the British Army and an author of more than two-dozen books on military history and strategy. His 1954 classic is titled, simply, Strategy. The maxims he draws come from a careful study of 2,500 years of military history. Look past the military basis of this and concentrate on the principles, which can be applied by any type of organization. Some highlights:

“The principles of war, not merely one principle, can be condensed into a single word – ‘concentration’. But for truth this needs to be amplified as the ‘concentration of strength against weakness.’”

“Adjust your end to your means. In determining your object, clear sight and cool calculation should prevail. It is folly ‘to bite off more than you can chew.’”

Few are the mission-driven institutions that have the maturity and courage to accept limitations on their aspirations. On the contrary, biting off more than one can chew is often seen as a positive, evidence of a philanthropist’s or practitioner’s so-called vision and passion. The problem is that the facts of the real world remain. Biting off more than one can chew translates at best to limited progress toward an ever-receding objective. Adjusting ends to means can be an exceptionally wrenching process, which helps explain why it is so regularly avoided. But the reward is true, if possibly humbler, success.

I like this next one. It addresses thoughtful adaptation.

“Keep your object always in mind, while adapting your plan to circumstances. Realize that there are more ways than one of gaining an object, but take heed that every objective should bear on the object.”

Many unforeseen factors and forces bedevil our carefully formulated plans. Because of this, after a time, adaptation of an initiative is almost always necessary. It is a moment fraught with often ignored or underestimated troubles. Deliberative consideration of alternatives – Hart’s “more ways than one” – is the antidote to these troubles. But this can be trumped by narrow self-interest, among other dynamics, which points away from the all-important object, and toward side-tracks and dead ends.

It is surprising how frequently organizations redouble efforts that are not working. Perhaps it is a blind devotion to mission, one that disables the thinking process. Perhaps it is fear that acceptance equates to shame. I don’t buy that. If something isn’t working, if it fails, stop. Reflect. Consider some of Hart’s maxims. What is the relative concentration of resourcing? Have we bit off more than we can chew? If so, what smaller bite will still satisfy our aims? Holding the objective in mind, what adaptations might still get us there?

When these questions are honestly exhausted, the matter of discontinuing an initiative or fundamentally reworking an objective must be faced. Such considerations tend to emerge in the most open, creative, and confident institutions. 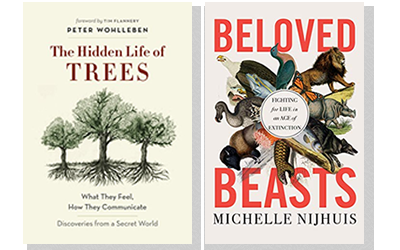 Even when I am busy, I always try to make time for a book that helps me reflect on something I am working on at the time.

Of two books I’ve read recently, one I would not recommend. It’s Peter Wohlleben’s The Heartbeat of Trees. Too often artists and writers lose their edge when they get famous. In the worst instances, their writing becomes infused with explicit references to how famous they are. “As I was saying on my TV show…” Or, “…when I was walking the forest with [put name of famous person here]…” This is the problem with The Heartbeat of Trees. Don’t get me too wrong. I like Wohlleben’s work. But I would direct you to The Hidden Life of Trees, an early book of his from 2015. This is a more vibrant, grounded, focused, and endearing exploration of his experience with the forest.

A recent read you might enjoy is Michelle Nijhuis’s Beloved Beasts: Fighting for Life in an Age of Extinction. Most of the popular books I come across having to do with land, water, and wildlife conservation tell a desperate story. Nijhuis (a journalist associated for many years with High Country News, now with the Atlantic) has written a book about hope. Really it’s a collection of mini-biographies of a diverse selection of conservationists from the last hundred-plus years. (Aldo Leopold, yes, but many more than just the usual suspects.) We learn about the issues they struggled with, and the setbacks and successes they experienced. She shows us that while there is much cause for concern, even despair, we should remind ourselves of those who waded in, did the work, and made a real difference. 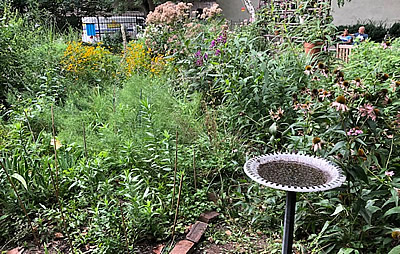 After many years, I re-encountered Aldo Leopold in Nijhuis’s book: “That the situation is hopeless should not prevent us from doing our best.” Leopold must have hit home because not too long after, I was arm-deep in dirt, confronting the Arum…

Over the winter months and into early spring, my satisfaction grew with each scan of the bare ground. The peak of satisfaction came in late summer, as I stood at the north edge of the garden and took in the wild little meadow. Between the birdbath and the spread of Brown-Eyed Susans in the distance, I counted eleven species of native plants. These included the Joe Pye Weed, Boneset, Swamp Milkweed, and New York Ironweed I planted in spring atop the area where the Italian Arum once advanced. While I was staking the Boneset not long after, a migrating visitor paused for some Joe-Pye refreshment. 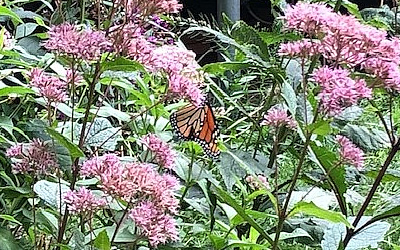