My 16-year-old daughter has become fascinated by the Myers-Briggs Type Indicator®. No, she’s become obsessed. You know it. That’s the personality test that describes you in four letters (Your “Type”). What could be more appealing to a sociable teen than that? Apparently there are sites where you can take the test for free online, and after doing so she persuaded her friends to take it. (Yes, she’s an Extrovert.) They went on to predict (actually, it was more like declare) their other friends’ Types, and then kids in the grade they didn’t know.

I took the test many years ago when I was with a business consulting firm, and while the intent was to use the results to help the firm “leverage” our varied tendencies and strengths, I’m not sure we ever made much progress. The one aspect that stayed with me was my E/I (that’s Extrovert/Introvert) result: extreme introversion. This surprised me at the time because I considered myself a sociable person. I felt a bit embarrassed, as if I’d not done as well as the others on the test. As it turns out, this was in some respects the product of strong societal dynamics.

According to Susan Cain, author of the 2012 best-seller, Quiet: The Power of Introverts in a World That Can’t Stop Talking, one-third to one-half of Americans are introverts. Cain argued that the American social and work systems have become dominated by an “Extrovert Ideal,” the idea that we should all strive to be “gregarious, alpha, and comfortable in the spotlight.” As America experienced industrialization, urbanization, and the rise of mass communication in the 20th Century, Cain says, the culture shifted from one that valued character to one that privileged personality.

Over the years I’ve come to learn more about introversion and to situate myself comfortably within it. Introverts – from Darwin to Dr. Seuss – derive energy from their internal world, while extroverts generate it through interaction with others. Someone I worked with on this subject once put the distinction this way, “When you walk into a crowded room, does it energize you or de-energize you?” 100%, without question, de-energize.

The Covid-Zoom work style that has emerged over the last year for many people has been hard on both extroverts and introverts. For everyone, to try to break in and offer a comment, let alone a point of dissent, is far more difficult on screen than in person — more difficult to be seen, more difficult to be heard, more difficult to be listened to. Yet I would argue it is harder on introverts. To be sure, even if they can still dominate a group Zoom discussion, extroverts suffer from the physical separation. We all miss the presence of others, but Zoom-world deprives extroverts of the energizing “molecular exchange” with others that only occurs when they are in their physical company. Not so much in laminated Zoomland.

While many introverts may have handled the isolation of Covid more easily, group-work in the Zoom workspace is another matter. One-on-one Zoom works adequately for the introvert. But when it comes to group work, the wall of chattering faces on the screen in front of them, hour after hour, baffles and de-energizes.

All work is in some respects artificial, a kind of performance. Zoom reduces this down to one sort of stage, where, the medium implies, if you are not striving to play a lead role, are you really working? Days filled with performance after performance are not structured to help introverts contribute their special value.

The vaccine may bring us together once again. But until then, we might test adaptations to the nature of the workday so that everyone can offer their fullest. Find ways to construct days that allow the mind to rest and refresh, days with eddies of free time in which to reflect, with moments for something warm and human like an unstructured chat with a valued colleague, and with permission to take a short walk in the fresh air.

If you need a consultation, I’m sure my daughter would have a few thoughts! 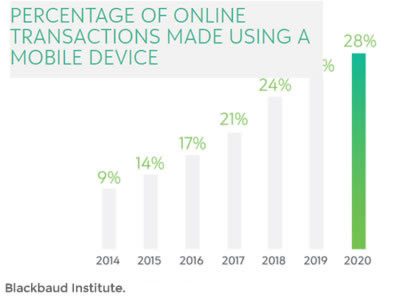 The Chronicle of Philanthropy reported recently (2/16/21) that charitable giving to nonprofits inched up 2% in 2020. In a year of extraordinary economic, social, and political upheaval, when many observers (this one included) anticipated the worst for their NGO colleagues, this was good news.

The gains were not evenly distributed. The largest groups, with well-heeled boards and armies of fundraising staff, grew 5.3%. Mid-sized organizations, those receiving $1 million to $10 million, raised 1.2% more, while the smallest groups in the study, with under a million in donations, saw giving drop 7.2%.

If there was a silver lining for small and mid-sized groups it was in online fundraising, which grew 22.3% for small groups and 25% for those in the middle. Blackbaud Institute, the source of these data, estimates that online giving now represents 13% of nonprofit donations. Nonprofits need to pay attention to the fact that the share of contributions made via mobile devices is now 28%, continuing a steady climb that includes doubling since 2015. 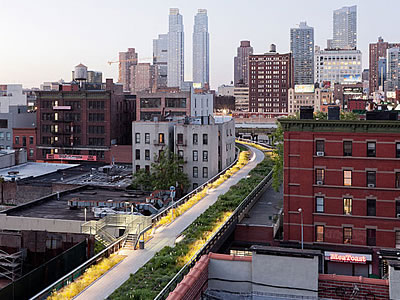 The older (and grumpier?) I get, the less patience I have with wacky ideas. I understand that in the social sector we work regularly at the boundary between aspiration and reality, and that change often demands imagination. But time and again good money is tossed into charismatic schemes that get pulses rising during board-meeting PowerPoint sessions, but that have little chance of reaching any meaningful scale, if they work anywhere at all. Too often, business planning for social sector innovations gets built on hubris and presumption (and a pre-existing green light from a funder/investor) rather than critical thinking and analysis.

The most recent trigger for this grumpy rant lay in a dusty file box. While consolidating some old boxes recently, I came across a report on the Virginia Eastern Shore Corporation. The Nature Conservancy established this profit-making entity in 1995 to produce jobs, environmental benefits, and financial returns on the Eastern Shore of Chesapeake Bay. Four years later, the VESC board voted to disband it after a string of failed ventures and nearly $2MM in losses. Sometime after, a team was brought in by the venture’s funders to assess what happened and they produced one of the best evaluations I have ever read.

Some of the salient critiques: VESC “didn’t seem to understand much about how those sectors [agriculture, forestry, manufacturing, and tourism] functioned, what incentives drove them, what their norms were, and so on…” The business foundered “when reality’s particulars, which had not been assessed, were encountered.” “…Messages conveyed by the financial statements and reactions from customers and partners were rarely heeded…criticism from whatever sources…was received with hostility.” And on and on.

Agitated, I puzzled yet again over that most vexing of questions: When it comes to social innovation, what works? I confess to having few good answers even after more than a few years considering it.

As the VESC report demonstrates, it is true that it is easier to determine what doesn’t work in hindsight than that will work before starting out. Still, even as there may be no sure-fire recipe, it seems to me that there are some necessary ingredients:

Here’s a simple example: The High Line, the very successful rail-to-trail project in New York City. Very high cost ultimately, yes, but very high return. While we may celebrate the High Line, the breakthrough, the actual innovation, came nearly a half-century earlier, in the mid-1960s, when right-of-ways abandoned by financially stressed railroad companies were visited increasingly by local recreationists. Here was the emergent demand. Resources followed. The first formal rails-to-trails projects were completed in Wisconsin and Illinois, and today, according to the Rails-to-Trails Conservancy, we have some 25,000 miles of rail trails across the country.

So one final thought is this: Sometimes the answer to the question of what works stands humbly before us, in simply noticing, adapting, and expanding what already has been shown to work.

Of Mobs and Miracles

The idea of the mob has been on my mind lately, for obvious reasons. What creates a unified mass? What draws so many to an empty leader? I found some stimulating insights in a paper by Theodor Adorno, who set down his thoughts on the psychological roots of fascism not long after Nazi Germany’s destruction. Among many points that resonated — some inspired by Freud’s 1921 work on group psychology — were these:

The mass, the unity, forms when followers understand they share the same deeply idealized object, and in that process take one another into themselves.

Empty, repetitive speech is a hallmark of all fascist leaders. Its purpose is not to reason, but to cast a spell.

There is a “phoniness” to the dynamic that both leader and agitator understand but must deny or “they would be left to panic.”

Adorno believed that the increasingly obvious propagandistic machinery behind fascist spell-work had made the phoniness of the mass excitement it helped produce all the more evident, and he ended his essay hopefully:

Socialized hypnosis breeds within itself the forces which will do away with the spook of regression through remote control, and in the end awaken those who keep their eyes shut though they are no longer asleep.

I suspect from this that Adorno would be surprised by how many millions in this country force their eyes shut still. I doubt Freud would be.

It would be easy to live one’s days in dread after January 6th, even after the salvation of November 7th. But last weekend life reminded me how much bigger and more dynamic it is than mere events. My wife and I walked down to Zabar’s for some Nova and goodies. It was cold, and as we headed back a breeze came up from the river and clouds filtered the sun that had warmed our faces on the way down. The thick snow in Riverside Park added further chill, even as it brightened the way.

A few blocks from home we came suddenly upon a milling crowd of a few dozen people, and then a small jazz band I’d not noticed kicked into a Benny Goodman tune. A couple danced. Several individuals joined them. I began to laugh as this unexpected magic delighted and strengthened me.